Saint John, New Brunswick – December 1, 2009: Travelling 22 days and 15,000 kilometres from Ras Laffan Industrial City in Qatar, the Q-Flex MV Mesaimeer, one of the largest and most advanced vessels of its kind – arrived at the port of Saint John to deliver the equivalent of 4.6 bcf of Liquified Natural Gas (LNG) to the Canaport LNG facility. 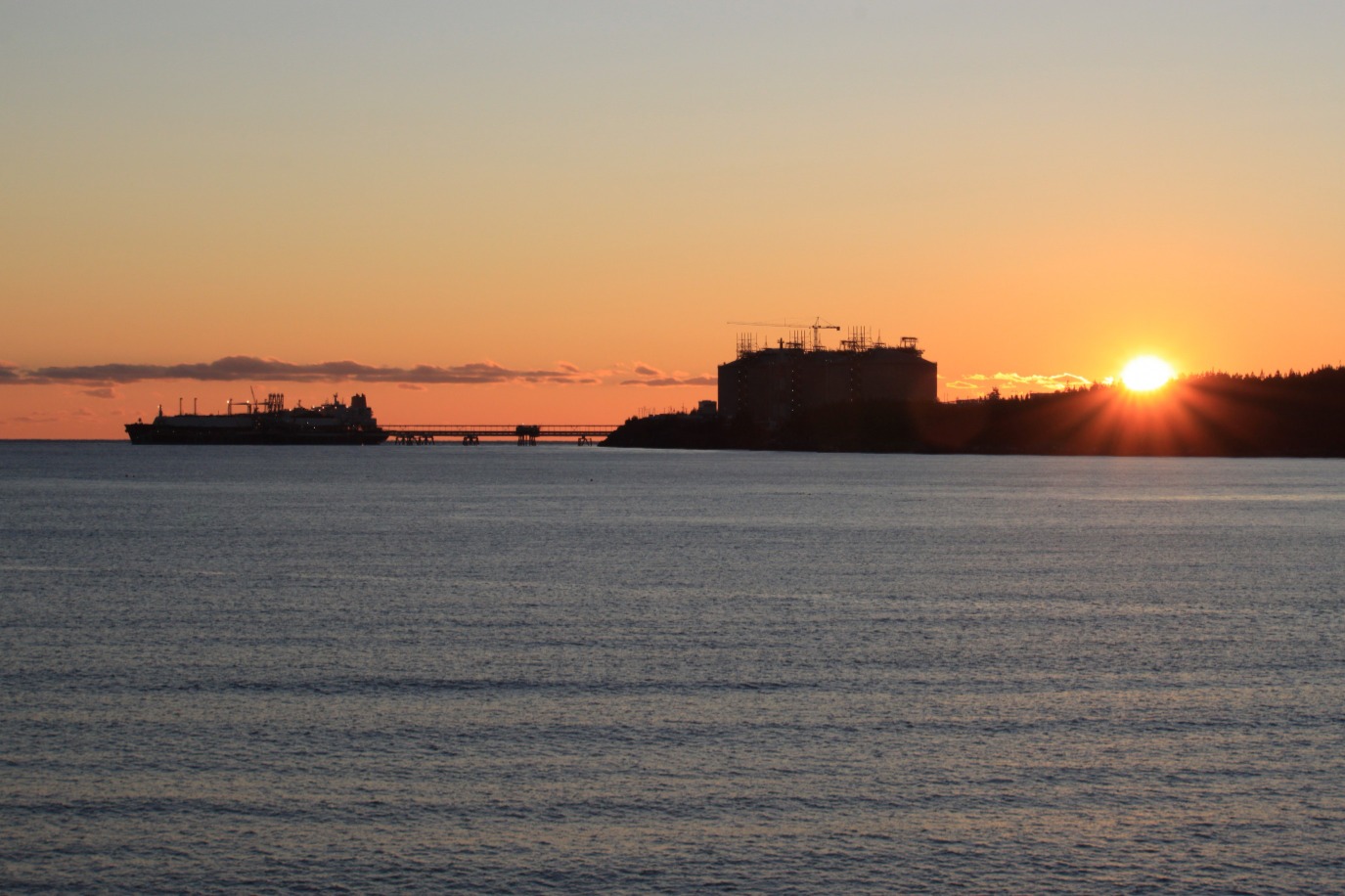 “Not only is this the first LNG ship from Qatar to call on Canada, but the Q-Flex is the first LNG super tanker to arrive on North America’s East Coast,” said Phil Ribbeck, President of Repsol Energy North America. “This is an extraordinary moment for us and validates Canaport LNG’s capabilities to receive such vessels, enabling Repsol to work with one of the most substantial gas-rich nations in the world.”

“We are very pleased with the delivery of LNG to the Canaport LNG Facility as it illustrates the incredible market reach Qatargas now has,” said Mr. Faisal M. Al Suwaidi, CEO of Qatargas.

“The Canaport LNG Terminal in Saint John is among the very few terminals in the world that can accept a ship of the Q-Max and Q-Flex’s size. This marks a new era for our region and for Canaport LNG as a significant player in the global gas industry,” says Blaine Higgs of Fort Reliance. “This is a very proud moment for Saint John and all who have helped make Canaport LNG a reality.”

The Q-Flex is the world’s second largest LNG tanker with a capacity that is roughly 55 per cent more than its predecessors and is more environmentally friendly with approximately 40 per cent lower energy requirements and carbon emissions than conventional LNG carriers. The culmination of reserves and efficient modes of transportation helps Qatar deliver a competitively priced natural gas supply to markets around the world.

Canaport LNG’s General Manager, Jorge Ciacciarelli said the arrival of the first Q-Flex is a significant step for the state-of-the-art facility.

“We have more reasons than ever to be thankful to the many people who continue to help us pioneer Canada’s first LNG terminal. Saint John, New Brunswick is the first city to welcome the Q-Flex to the East Coast of North America, reinforcing our region as a reliable natural gas supplier. It is with gratitude we celebrate this moment with our community, our province and our partners.”

The arrival of the Q-Flex marks the 10th ship received at Canaport LNG since its commissioning on June 22, 2009. The terminal has received LNG from Trinidad and Tobago, Egypt and now Qatar. With this diverse supply of LNG and the Canaport LNG facility capabilities, Repsol will be able to provide a reliable and flexible supply of natural gas to the market.

About Canaport LNG
Canaport LNG Limited Partnership is a partnership between Fort Reliance and Repsol, S.A. subsidiaries. Canaport LNG is operating as a world-class liquefied natural gas receiving and regassification terminal. Situated in Saint John, New Brunswick, Canada, Canaport LNG has a send-out capacity of 1 billion cubic feet of liquefied natural gas a day, destined for markets in Canada and northeastern US. The natural gas is delivered through the Brunswick pipeline to Maritimes Northeast Pipeline with terminuses at Beverly and Dracut, MA. The construction of the terminal created 1,600 jobs (85% of workers came from Saint John and New Brunswick) and has created 70 permanent jobs for operations. To learn more, please visit www.canportlng.com.

About Repsol
Repsol is a fully integrated oil and gas company, operating in over 30 countries. Repsol is one of the ten largest private oil companies in the world and one of the world’s largest LNG players. Repsol is the managing general partner in Canaport LNG Limited Partnership, the entity that owns and operates the Canaport LNG facility. Repsol has contracted for 100% of the capacity in the Canaport LNG facility. To learn more about Repsol in North America or Repsol international, please visit www.repsolenergy.com and www.reposl.com.