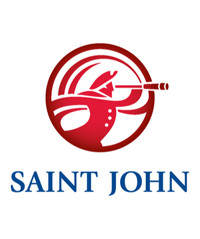 January 11, 2019 (SAINT JOHN) – The Saint John Fire Department and the Saint John Emergency Management Organization (SJ-EMO) are a step closer in their plans to develop a simulation theatre at Fire Station 1. Thanks to a donation of $45,000 from Canaport LNG, the department’s Fire Prevention and Investigation division will relocate, leaving space next to the City’s Emergency Operations Centre for the development of an emergency planning, preparation, and response simulation theatre at the Leinster Street location.

The theatre is part of the multi-phased Community Awareness Emergency Response initiative (CAER), undertaken by the Saint John Fire and SJ-EMO Services. After examining the municipal-industrial relationships that exist in other Canadian cities, the CAER initiative was adopted as best practice to better understand the potential incidents that could occur across the City’s industrial landscape.

“Strong partnerships with industry are critical to the success of a CAER program for Saint John, explains Saint John Fire Chief Kevin Clifford.  The City has an industrial hazard risk profile unlike any other city in Canada, which emphasizes the need for us to have a comprehensive and integrated approach to emergency planning, preparedness and response.”

“As a leader in health, safety and environmental management, our goal is to move beyond mere compliance, towards industry excellence,” said Sergio Carvana, Canaport LNG’s HSSE Manager. “As part of this process, we recognize the importance of establishing emergency management resiliency and interoperability through close cooperation with emergency response agencies. We are proud to support Phase 1 of the CAER Simulation Theatre Project and we invite our fellow industry partners to join us in sponsoring the development of the theatre, which will serve as an invaluable asset to emergency response and the success of the CAER model for Saint John.”

Canaport LNG is the first CAER partner to financially support the initiative. The completion of the simulation theatre involves three phases. Phase 1 includes the relocation of the Fire Prevention and Investigation Division and is expected to be completed by mid-2019. Phase 2 involves the renovation of the space, and Phase 3 will complete the space with the purchase and installation of furnishings, new technology and equipment.